A short 10-15 minute non-linear narrative game about negative experiences after coming out as transgender.

Please consider donating if you like this game by pressing Download Now, even if you decide to play through the web browser.

Developer's Note: This is a rather indulgent and unforgiving game, at least for me, as it only contains negative experiences. I recommend you only consider playing this game if you have the emotional capacity for it. I hope that it can give cisgender people an idea of what being transgender is like and for those who are transgender themselves that they are not alone in their experiences and that there's someone else who has felt the pain too. But, I also made this game for myself. I've made this game the same way you might write about the painful, dark memories you have in a journal to help process it and move on.

This hit me in the feels, I used to be in that phase of being trans, people seeing me as a feminine man, instead of a girl, my voice used to be my biggest insecurity but I've started voice training and it made it so much better along with Estrogen that stuff works miracles, loved this game left me crying after and I love you as the developer you did amazing encapsulating the feeling of gender dysphoria.

Thank you so much for your comment and appreciation. I am happy you enjoyed the experience, and thank you for playing. <3

if this game was any longer i would've cried, this has helped me understand more about gender dysphoria.

This was haunting and gave me a lot of insight. Thank you for your work.

Lemme tell y'all how relatable af this game is for me. I'm not mtf but I am enby and I do present more feminine a lot along with the fact I was amab. I have gender dysphoria myself and my parents have questioned why a feminine name and she/they pronouns, asking if they call me their daughter or son and didn't like it very much when I said to call me their child. They told me that they have but I just never pay attention or care when I hear them call me their son all the time. It is pretty much only my family that I have to put up with for this, at least for who I'm out to. They are Christian and have questioned so many things and they piss me off with all these questions about me as though coming out wasn't hard enough. They get upset about me emailing them even though it's easier for me due to the fact I have extreme anxiety and I'm scared of what they might do. They then proceed to tell me they have done nothing to make me feel scared even though all they have done is make me scared and given me ptsd.

That sounds rough. Thank you for sharing your story with us <3

Np, it's nice being around people who I'm comfy with sharing. Even if I don't know anyone on here, it's still comforting, in a strange way, to know there are people like me on here.

I couldn't really relate to absolutely everything as I had different experiences as a black trans woman but I could feel the discomfort the protagonist was feeling and I could feel her inner turmoil.amazing story.

Loved the pace and the mood set. Good job :)

Thank you so much <3

I'm usually not much of a only text game but I really really liked this game. The sounds and everything, also the way the story was told was so interesting. An uncomfortable and good little game <3

Thank you for playing! <3

You know, I'm a person who thinks games are art. I really do! Code is as good as if not better than paper, a stage or marble. But people like you really don't make my job easier.

You don't help anyone get what trans people are going through by publishing horribly-made games because guess what? Empathy exists! "I hope that it can give cisgender people an idea of what being transgender is like"

Not an in depth look, not an explanation, just "an idea" because no outsider can even comprehend your struggles.

And please for the love of whatever god you believe or don't believe in don't put glitchy sand-crushing noises in anything. It doesn't set any mood, it just makes everyone mute the game. What did you think would happen?

I don't really see myself as a sexist person, you may think otherwise which would be wrong by your way of thinking. Way to assume that everyone single "person who writes comments under games that are milking the emotions of people struggling with serious stuff" is sexist!

You can judge people by appearance, it's easier. Way easier. You do it, I do it, everyone does it! You are in no way obligated to spend the extra mental energy (no matter how miniscule it might be) to think about pronouns and shit. When talking to strangers that is. With friends or people you know, you absolutely should refer to them the way they prefer. Even if it's something as small as using a second-name or a nickname.

But still, no stranger has to give a single time-bending shit about you. Especially if you're always bitter about people not magically being %100 conscious about making you feel comfortable all the time.

Just get you head out of your fucking ass, and explain it to people if they ask. If they don't just ignore them. You don't become morally superior by over-explaining other thing so why would this topic lead to anything else?

I’m glad you had so much to say about this game. I really sincerely appreciate the response as it helps me think about the things I make from viewpoints that I don’t necessarily possess and do better next time. That being said, please allow me to clarify a few things:

Reviews like this say a lot about the reviewer. It's best to take it with a grain of salt, knowing a lot of people's responses are going to relate to their limited experiences and that's okay. There's still valid feedback to take into consideration. I just wish people were more mindful of this.

So I posted a little story of my own and if anyone has to pull their head out of their ass, it's you. The creator (who did a very lovely job on this amazing game) portrayed everything very accurately. It's sad to see people like you are degrading other's work whether that person worked hard on it or not. This is a beautiful game about gender dysphoria. You chose to half-ass the game and you chose to blame others for "not making your job any easier" when in fact this game had nothing to do with your job and making it easier. So if you want to be entitled, go hang out with some Karens and keep your toxicity away from us because us bad bitches only breathe fresh air and not air contaminated with your polluting words of hate.

I see a little irony in this review, in that it is claimed off the bat that we don't need a game because we can just empathise with trans people with or without one. And then not long after, there is a haphazard justification for why misgendering happens, and a call to just pretend it's not hurting us and go on with our day (hello? isn't that exactly what the game was about?). Ignoring it doesn't make it hurt any less.

I think there has been a noticeable lack of empathy in this review, so perhaps the game does in fact warrant a full play-through.

I love this game so much i swear-

it gets kinda oddly stressful(?) after seeing nothing but positive trans narratives, you really showed one of the other sides of what being trans is like and you did it so well too-

I think it’s important to recognize the pain and I hope the game had some cathartic value for you, as making it did for me.

I liked your game, sometimes I feel flooded with the pressure of positive trans narratives when my experiences were pretty awful.

Thank you for making this.

I am very happy to hear you liked the game! Certainly, while my personal experiences are on a relatively tamer note compared to some people I know, it all still sucks anyway. I think it’s important to recognize the pain and hurt.

Thank you so much for taking the time to play and leave a comment, it means a lot to me. <3

Thank you so much <3 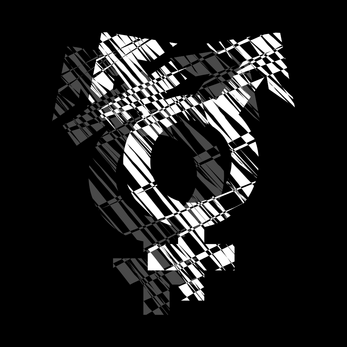